For Butler at Peninsula Players Theatre (Opening tonight), we need to fill multiple book shelves. I was lucky to find a good number of books in stock and even luckier to come across a Goodwill store selling sets of nice encyclopedias for $15 each (I bought 4 sets). Some of the sets looked nice and could pass as period, but two sets looked much more modern.
What we really wanted for the show was a nice set of law books, but those are more expensive and hard to come by. Solution= turn the modern looking encyclopedias into law books, kind of like these.

The first step was covering the spines of the books with Muslin. We used used a paint brush and some slightly thinned Elmers Glue for this. 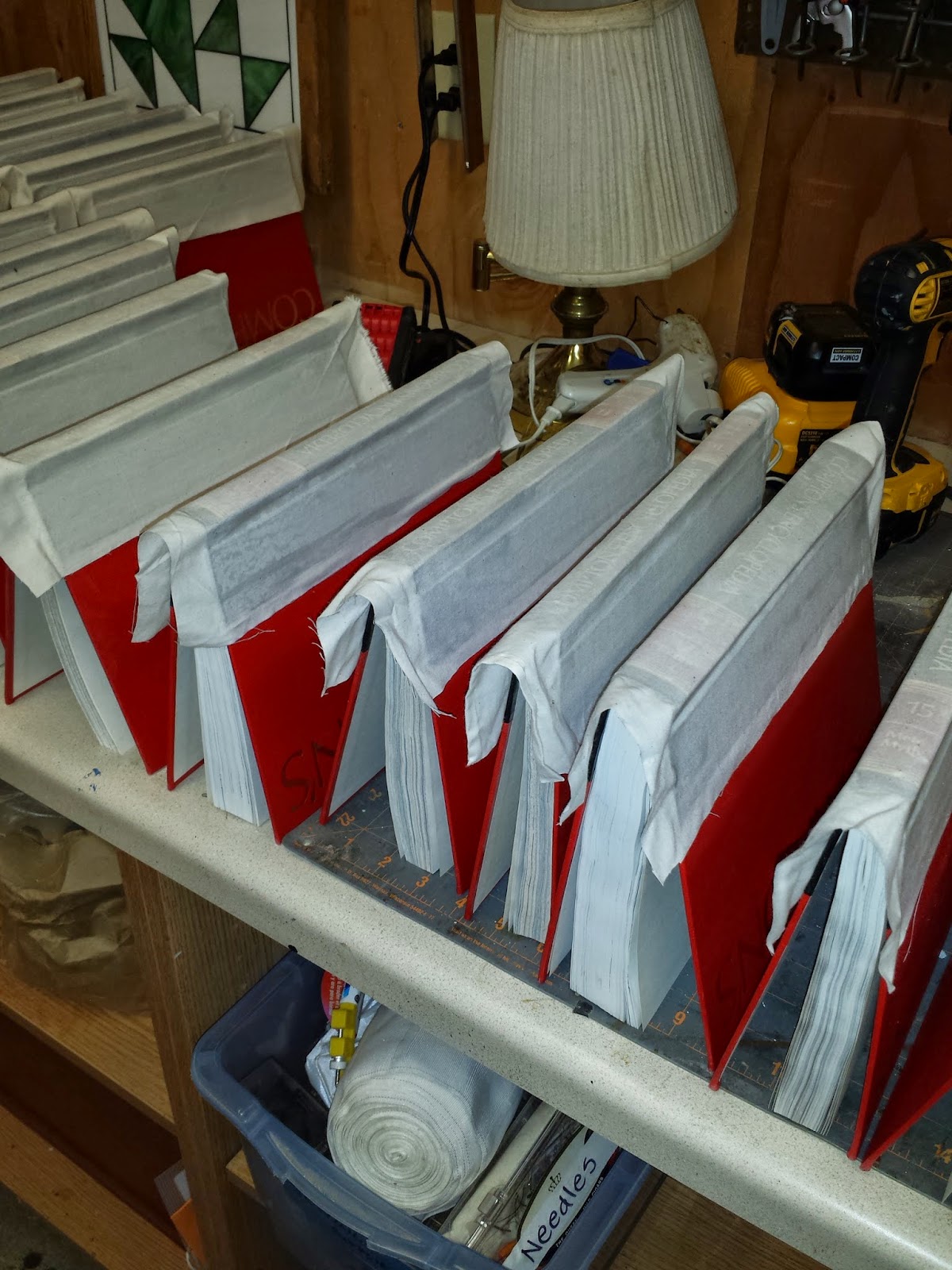 After the glue was dry we trimmed the muslin to a clean edge and brushed on a bit more glue to smooth them. 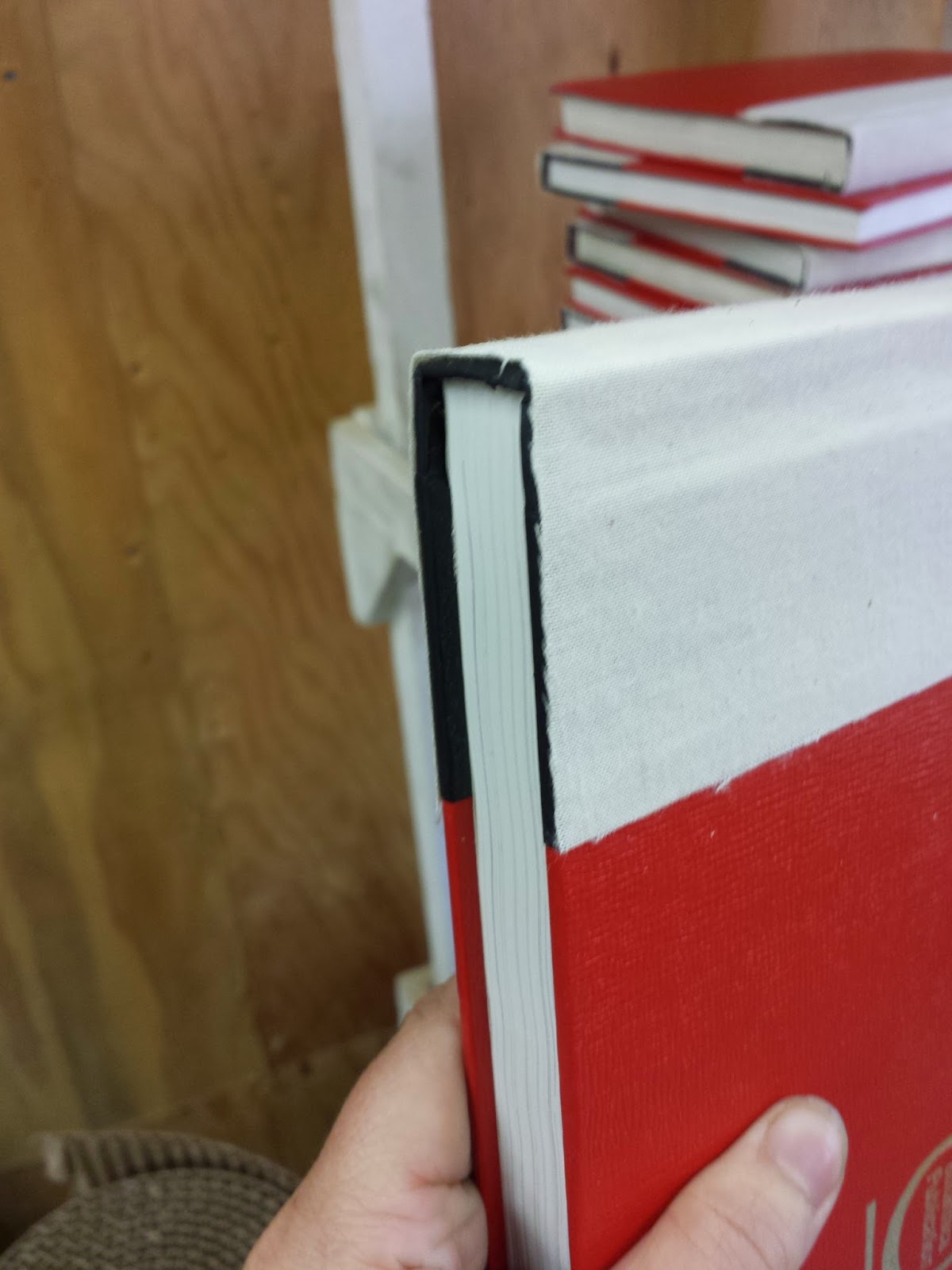 We used a small brush to cut in around the edges. 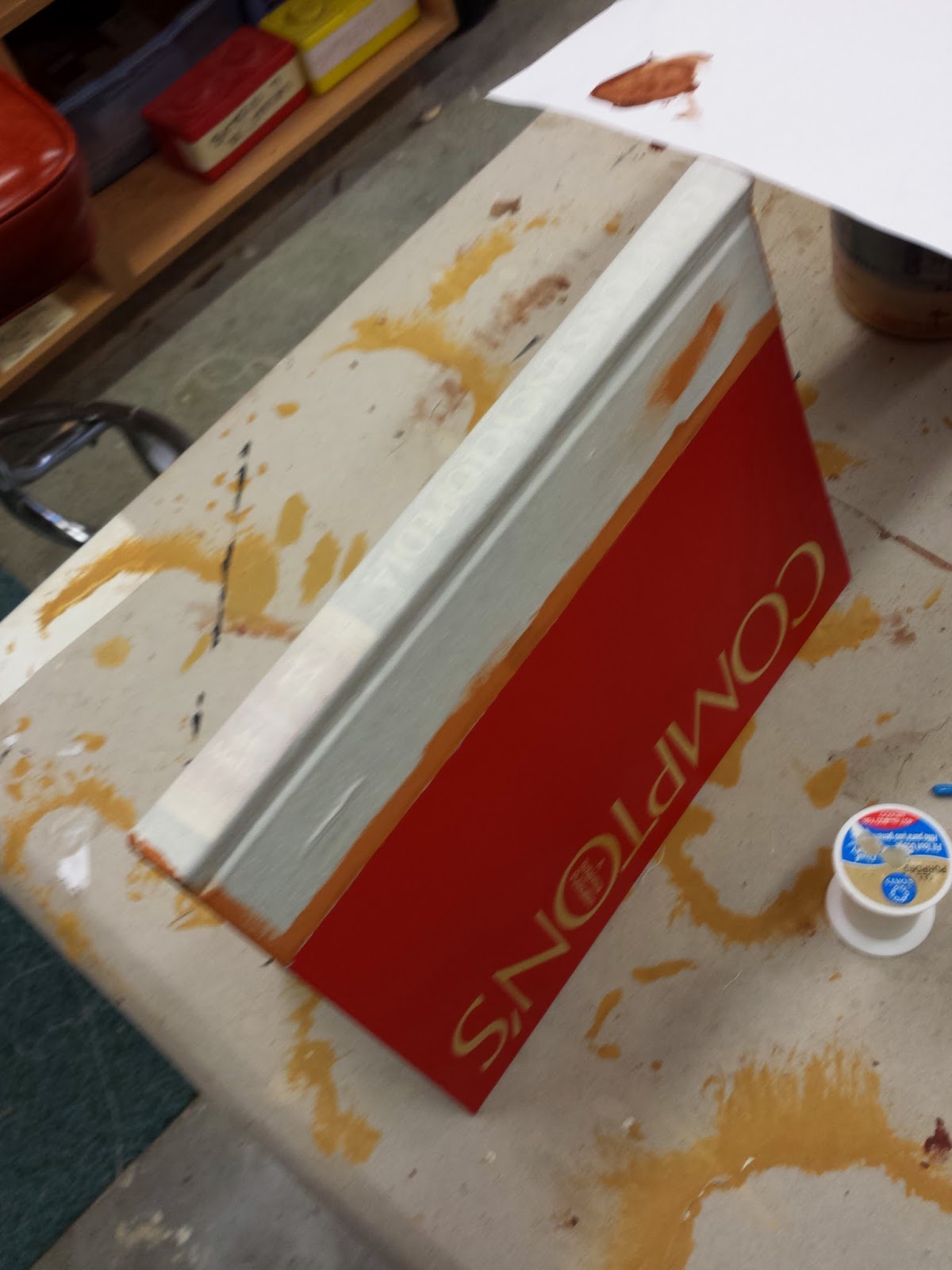 Then painted the entire spine of the book. We decided where the stripes on the spine would go and carefully measured and marked the lines across all the books so they would be the same. 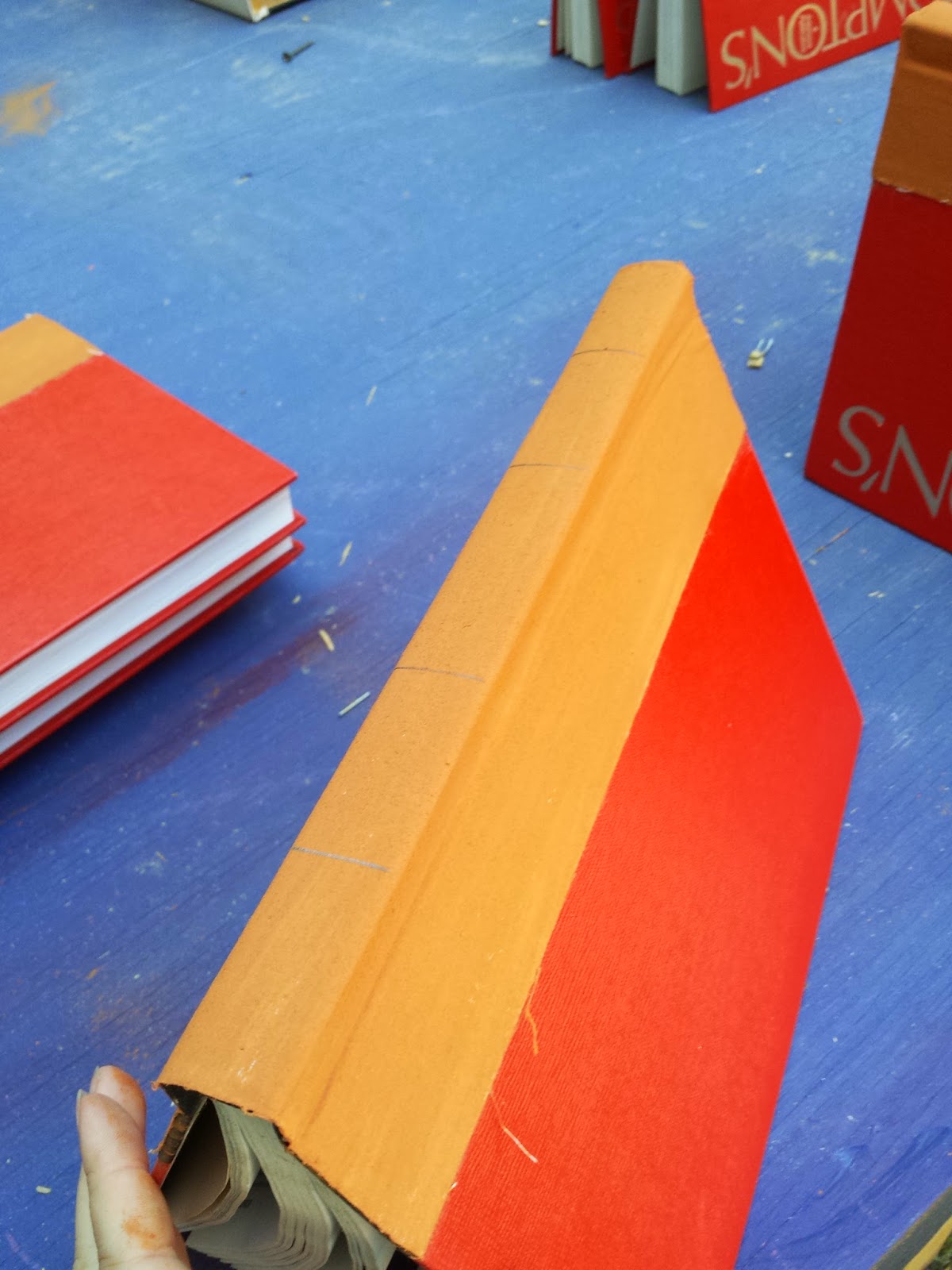 The top stripe was painted red and the bottom black. 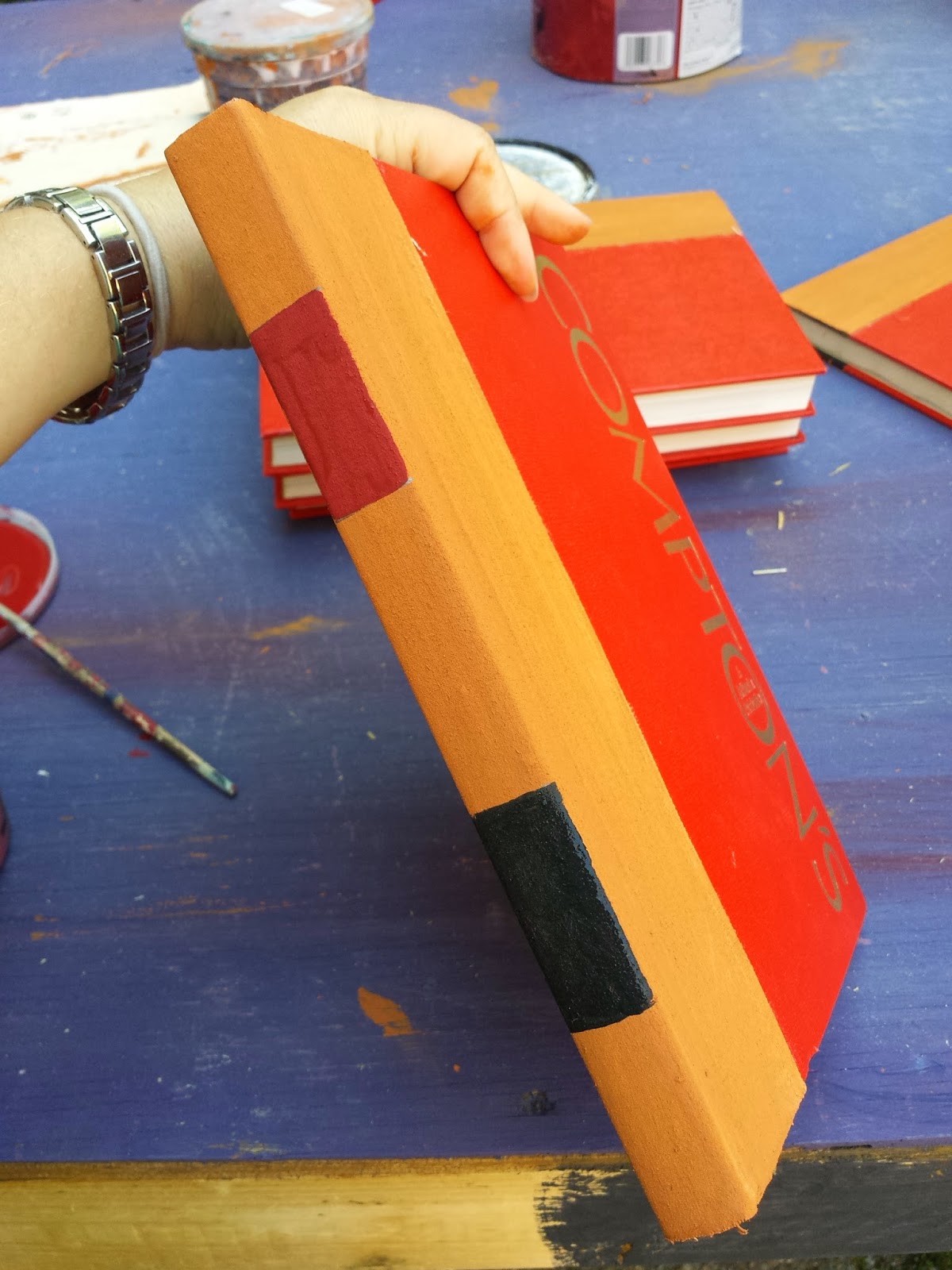 Then we painted over the whole things with a thin brown glaze to give all the color some depth and some shine. We used gold paint pens to add some detail stripes and squiggled in some fake writing for the titles. 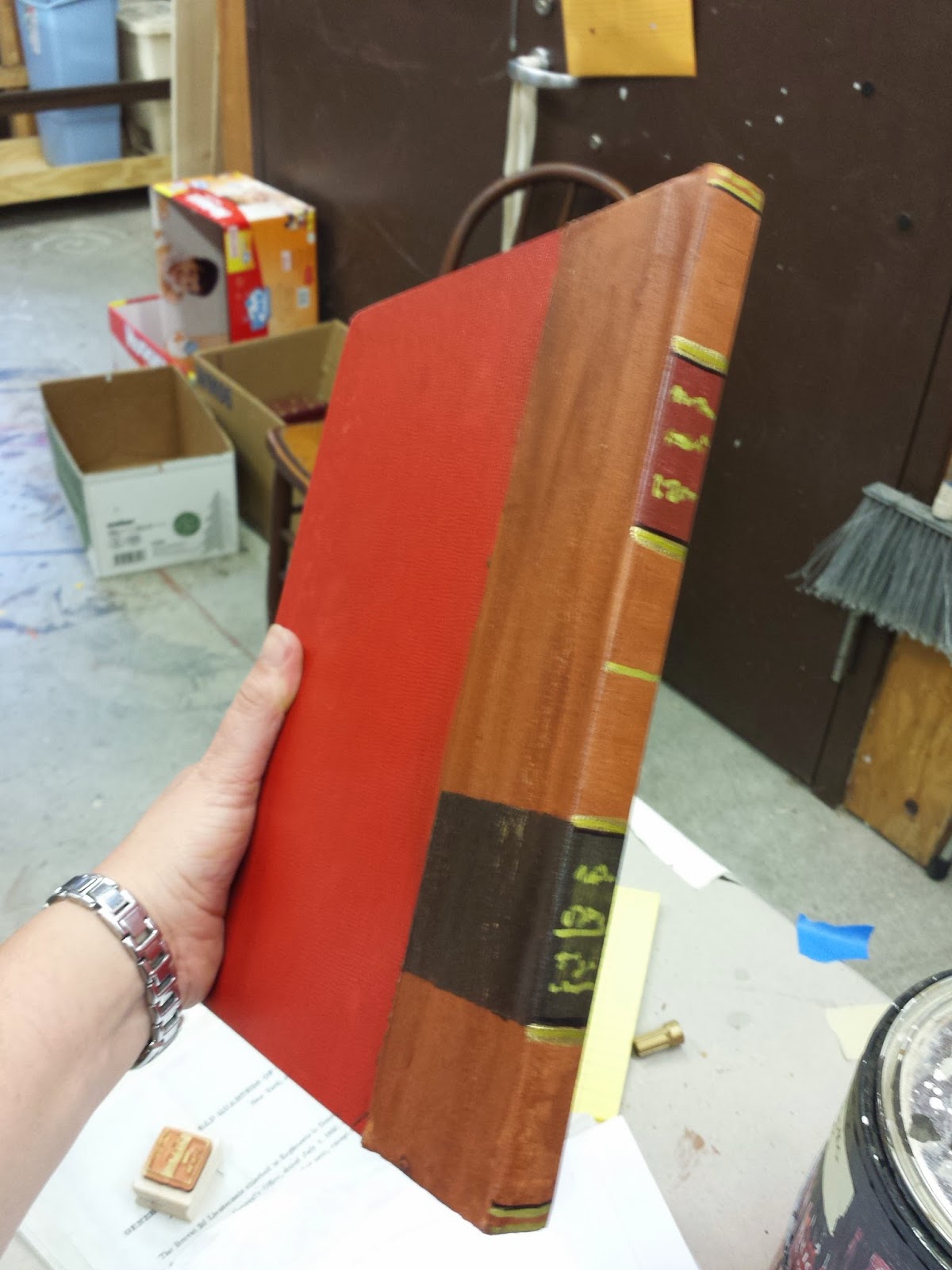 This was our first sample book. After finishing the spine, I still felt like the book looked very fake, so I painted the red cover a more muted green. It helped, but not enough. I realized the the biggest problem was my fake squiggled "writing." 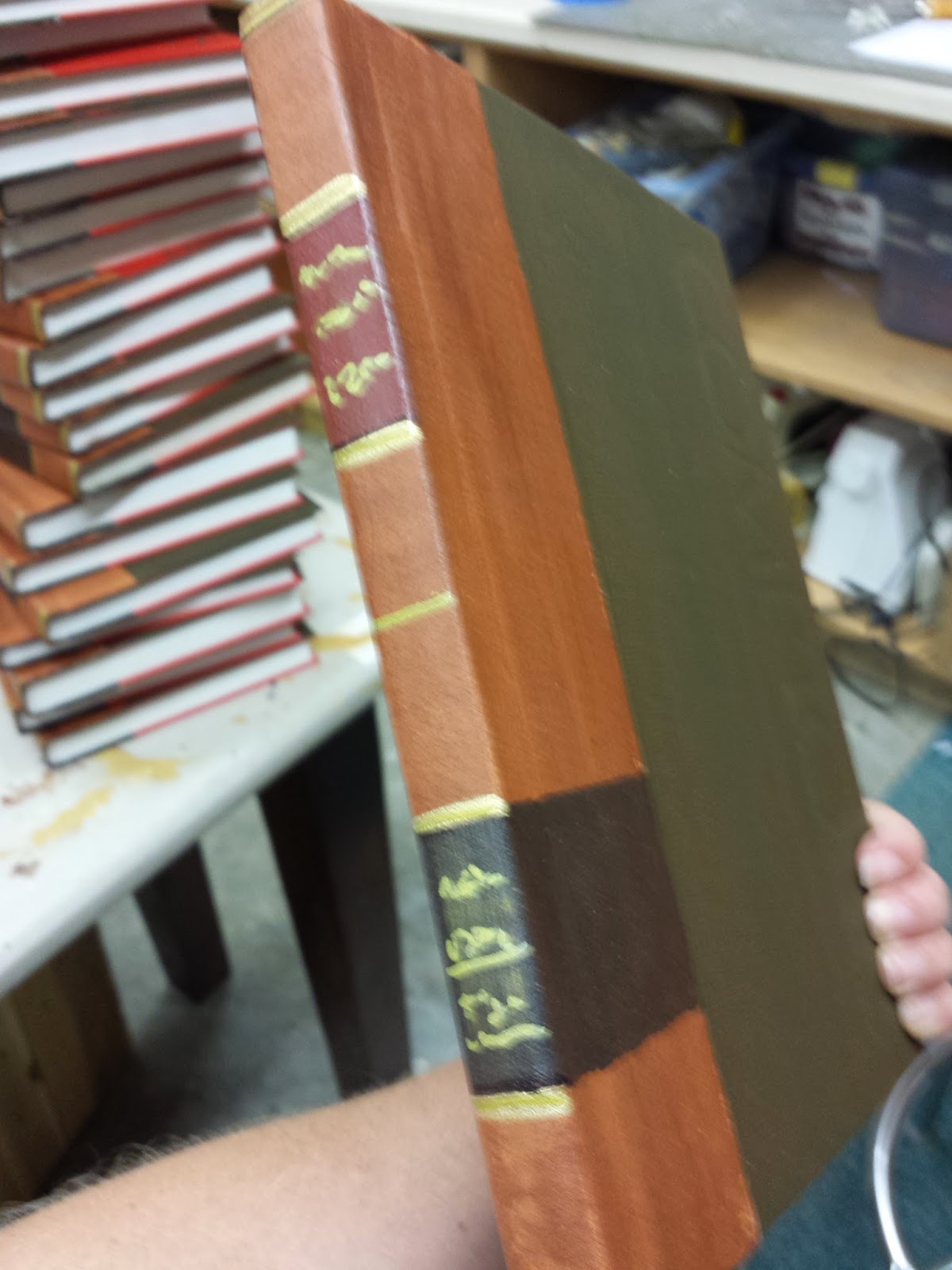 I needed a fine print, something that looked like it had been done by a machine instead of by hand (but without buying an expensive machine). The solution we came to was stamps.
We purchased a pad of gold stamp ink to experiment with and found that it didn't read very well. We had much more lucking using a gold leaf paint pen, drawing onto the stamp and then pressing it down on the book. 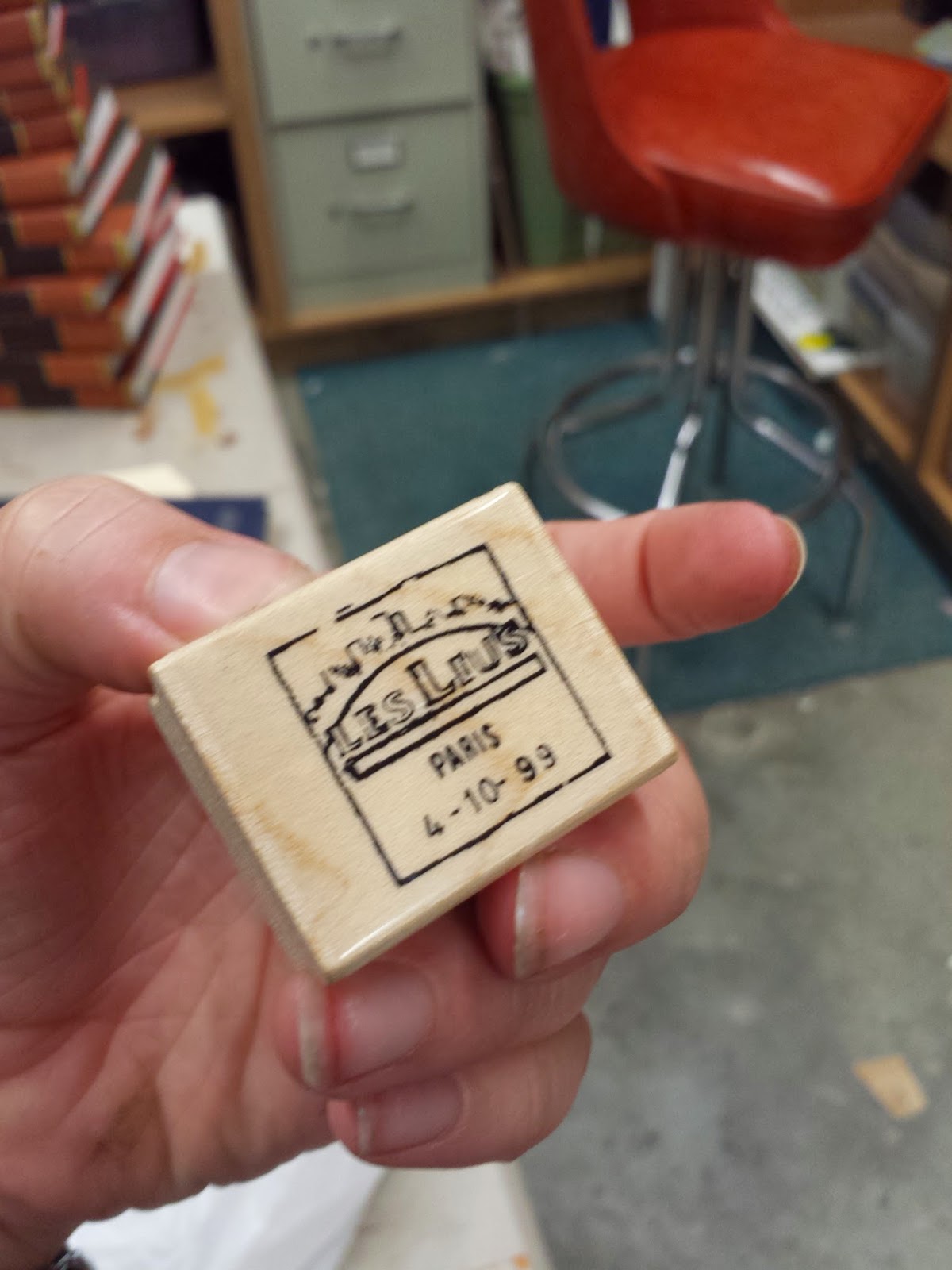 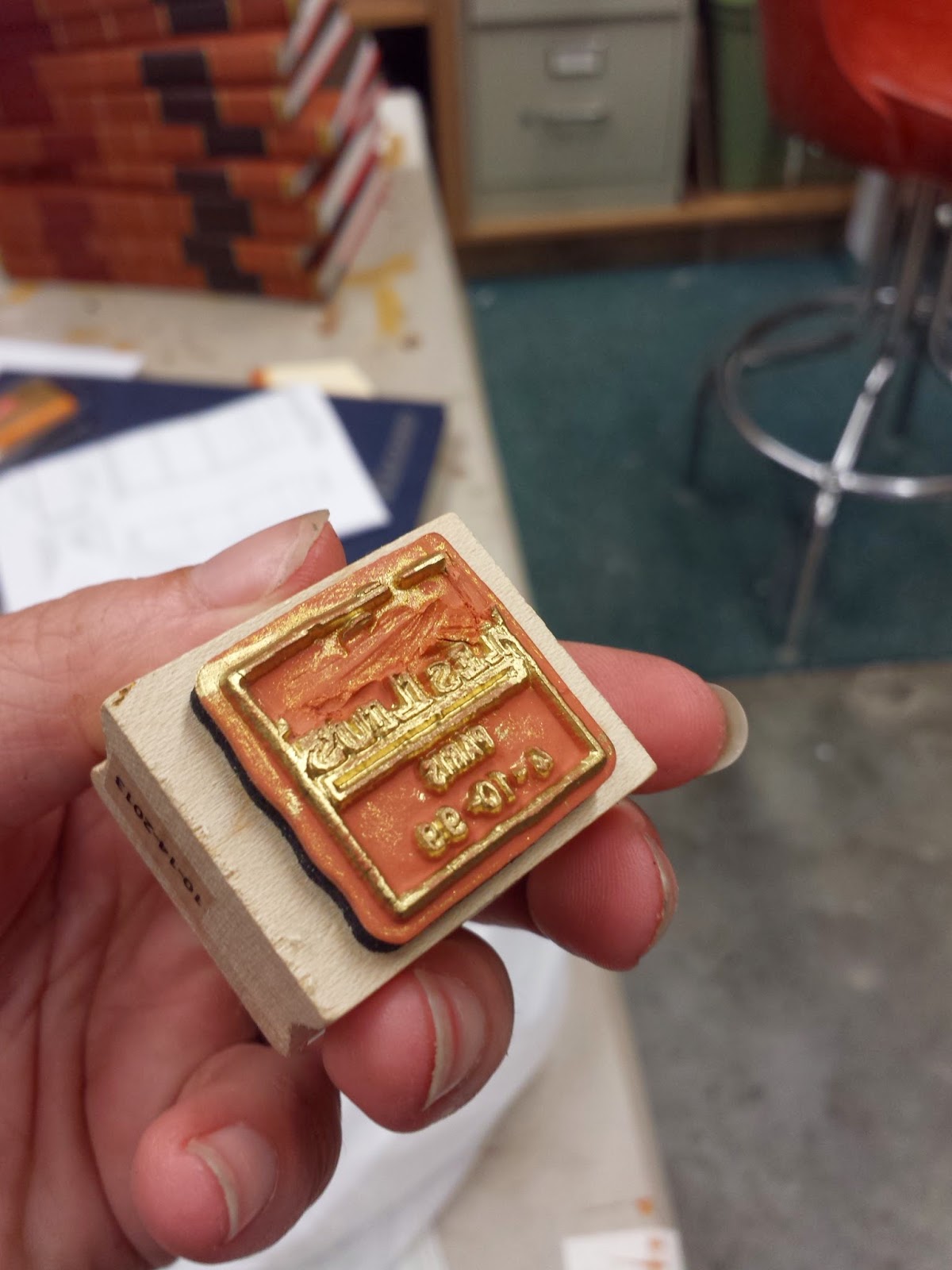 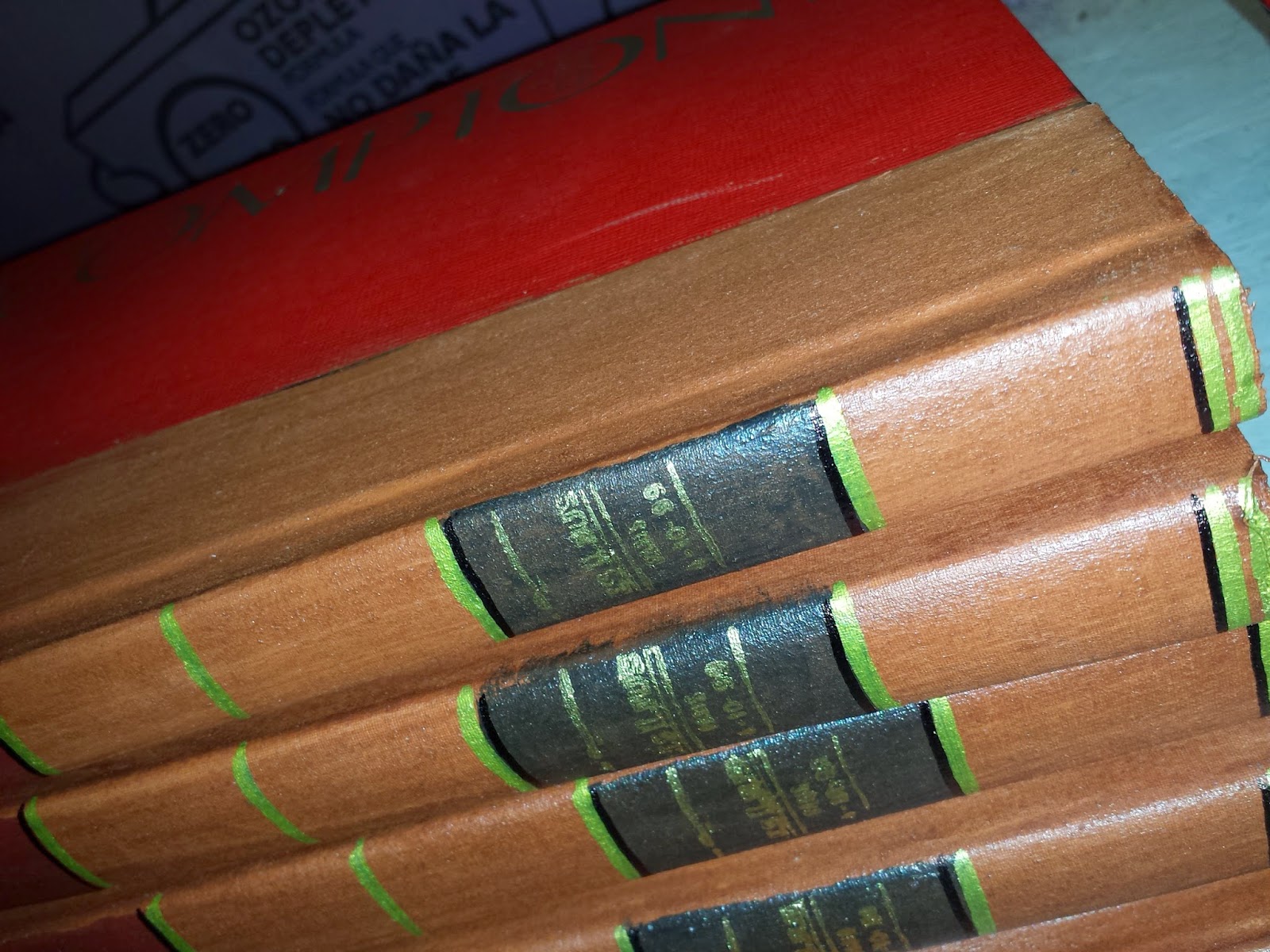 and completed with stamps on both stripes 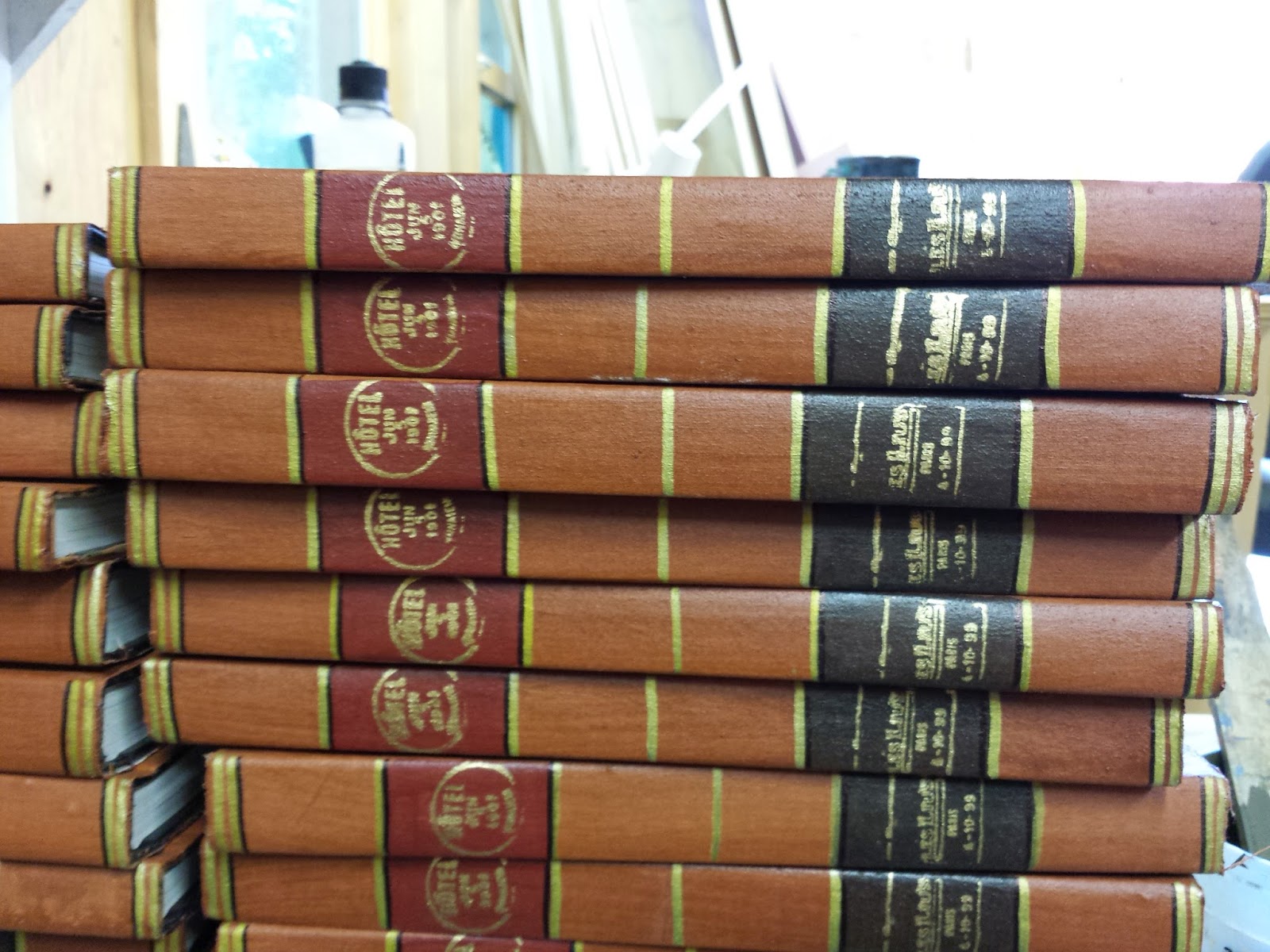 For the second set of books I varied up the stripes a bit. 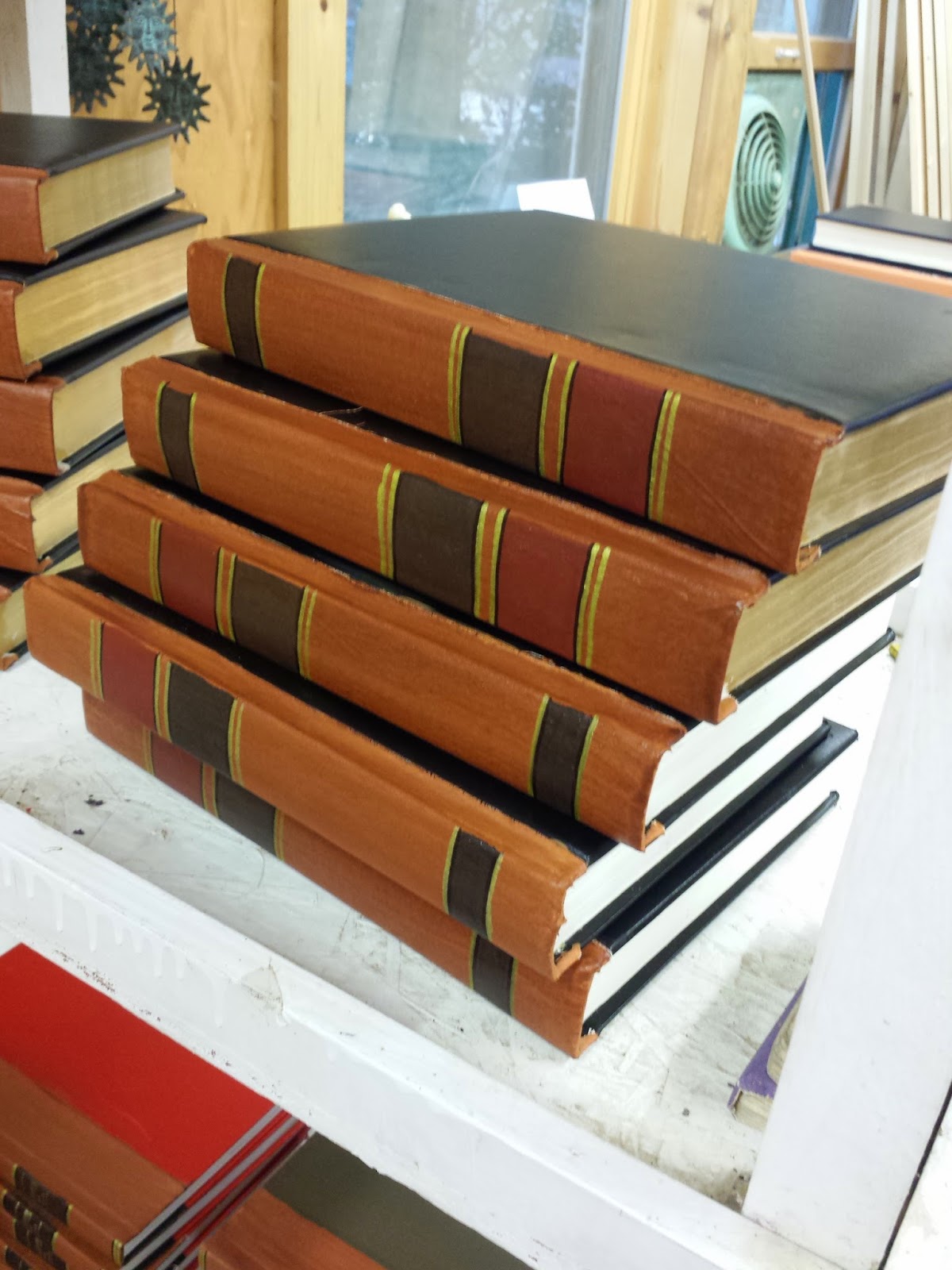 And added stamps in four places on the spines. 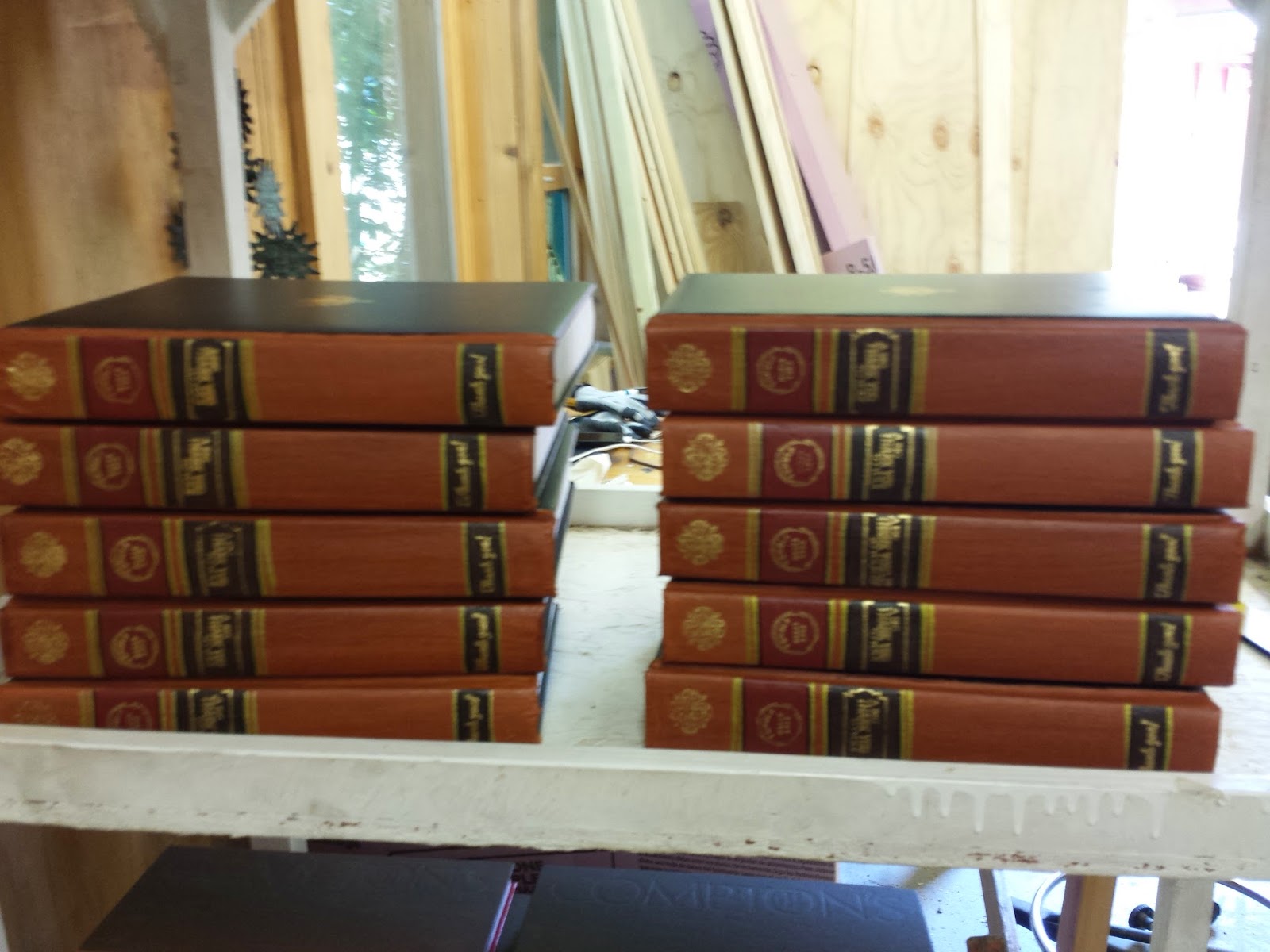 From any distance the words are impossible to decipher, but I love that our polite books all say "Thank You" in the bottom stripe of the spine. 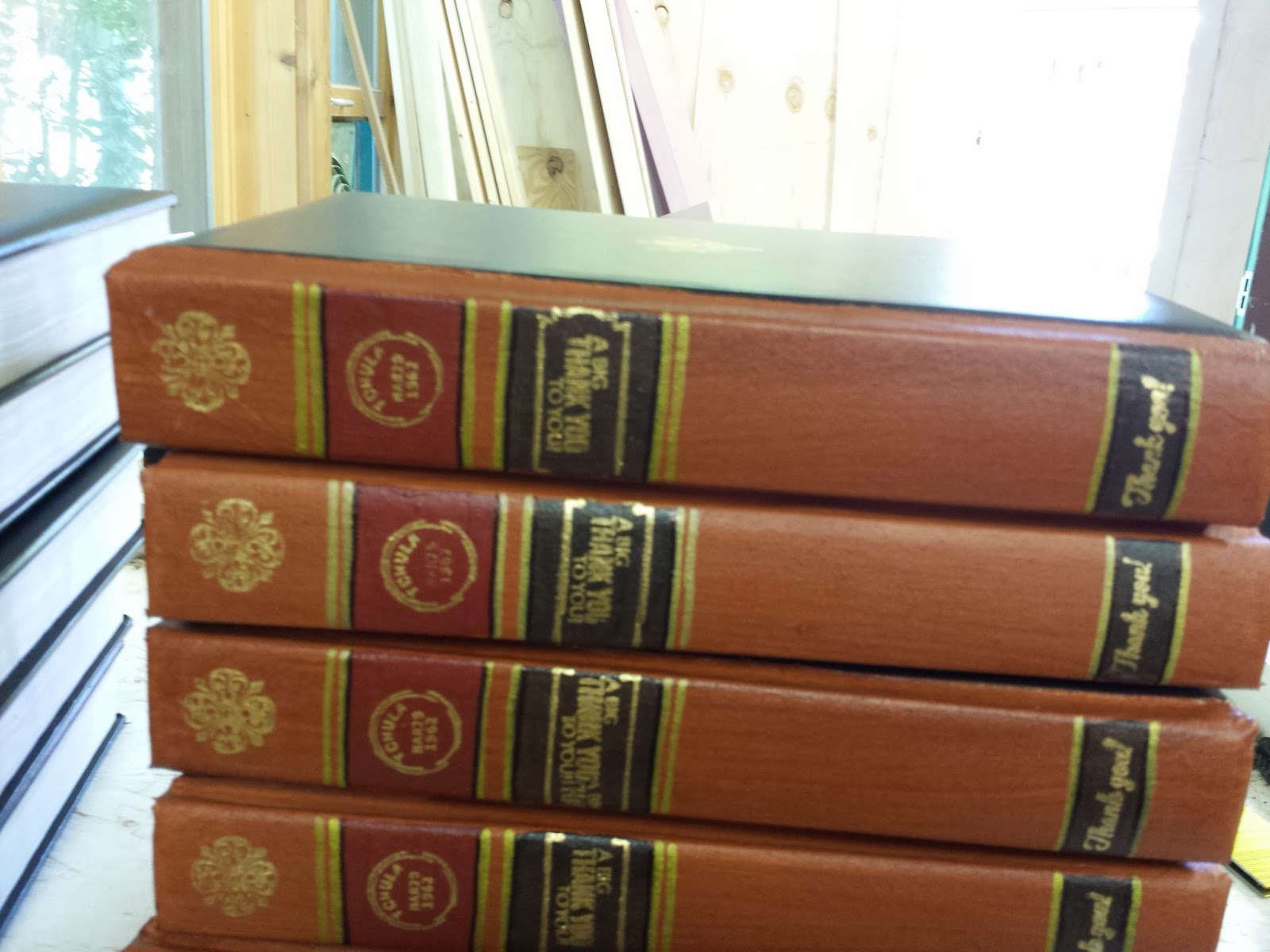